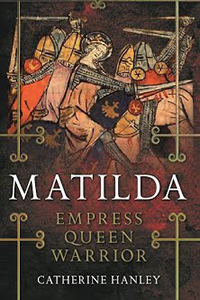 Matilda was a daughter, wife, and mother. But she was also empress, heir to the English crown—the first woman ever to hold the position—and an able military general.

This new biography explores Matilda’s achievements as military and political leader, and sets her life and career in full context. Catherine Hanley provides fresh insight into Matilda’s campaign to claim the title of queen, her approach to allied kingdoms and rival rulers, and her role in the succession crisis. Hanley highlights how Matilda fought for the throne, and argues that although she never sat on it herself her reward was to see her son become king. Extraordinarily, her line has continued through every single monarch of England or Britain from that time to the present day.

You can pre-order Matilda